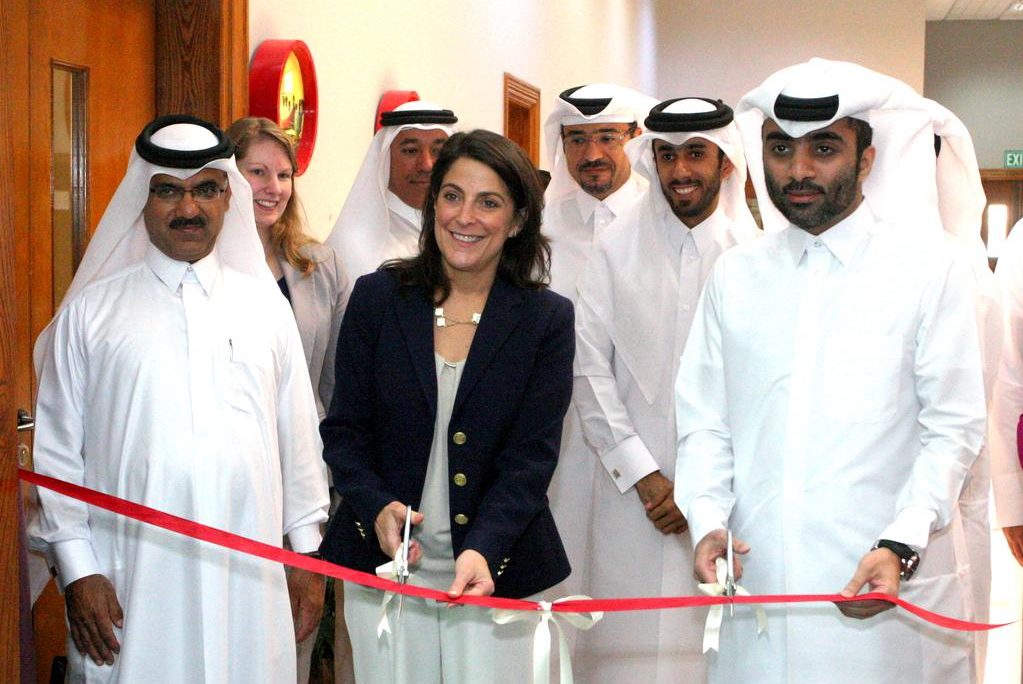 On May 28, 2015, Ambassador Dana Shell Smith and the Chairman of the Board of the Qatar Scientific Club, Mr. Fahad Al Kuwari, opened Ibn Al Haitham Science Room within the premises of the Qatar Scientific Club. This room is equipped with state of the art resources to include a 3D printer, 3D scanner, laser cutter, computers, books, and Do-it-Yourself kits.  The room will play an important role in developing an entrepreneurial  spirit through the promotion of STEM education.  The ceremony commenced with brief remarks from both the Chairman and the Ambassador followed by a signing of a Memorandum of Understanding.   The two dignitaries then proceeded to cut the ribbon to officially open the venue. While touring the room, the Ambassador interacted with school kids who were testing out the new equipment. The invited dignitaries were impressed with the room and expressed a desire to use it in future programs. Among the invited dignitaries was Professor Ilham Qaradawi, Head of the Qatar Physics Society who is looking forward to using this facility as part of the society’s celebration of the International Year of Light 2015.