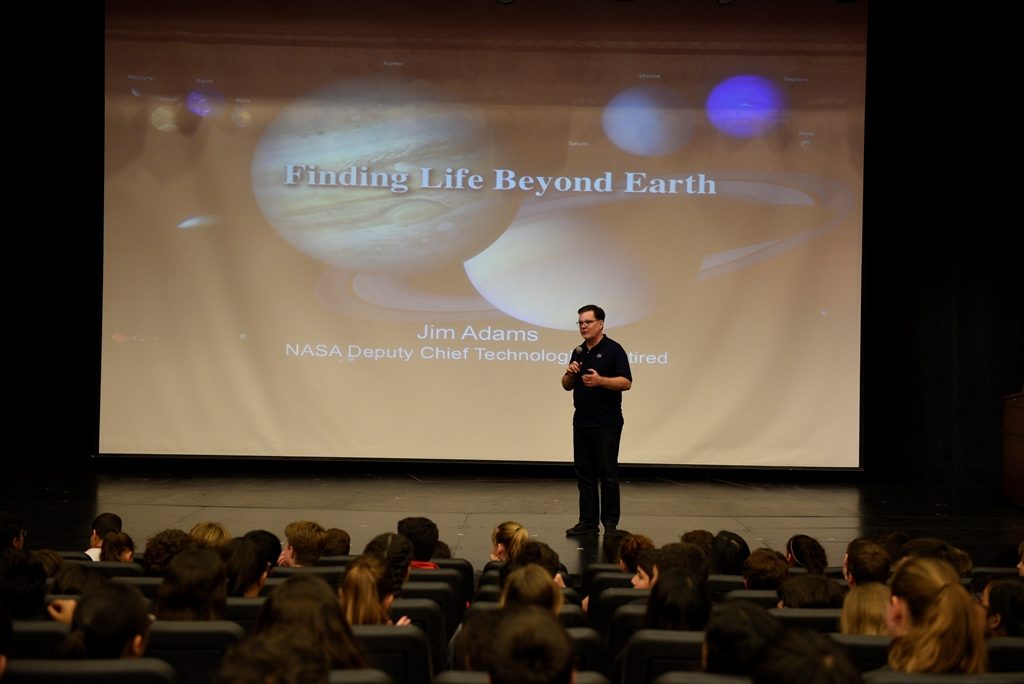 In a series of lectures around town, visiting former NASA Deputy Chief Technologist James Adams unraveled the mysteries of space and the technologies used in the process. Mr. Adams has over 35 years of aerospace experience. Recently retired from NASA, he has directed or been involved in over 30 spaceflight missions to explore the Earth the Sun and most of our Solar System.  He was Advisor to the Administrator on NASA’s technology portfolio and advocated the use of new technology throughout the Agency, influencing $6B annually. Mr. Adams has also served as NASA’s Deputy Director of the Planetary Science Division (PSD). He was responsible for a $1.5B annually and for many missions including  Mars Science Laboratory, Pluto-New Horizons, DAWN (Ceres and Vesta) and MESSENGER (Mercury). His thought provoking presentations on Space Exploration, Robots in Space, Finding Life Beyond Earth and Spin Off held the audience spellbound.