IRFBA Statement on Discrimination Against the Baha’i Community 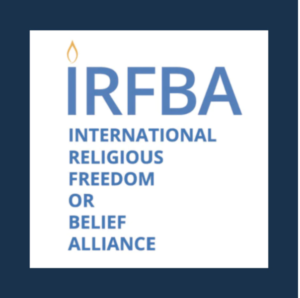 As members, friends, and observers of the International Religious Freedom or Belief Alliance, we note with grave concern the increased pattern of  repression and discrimination against members of the Bahá’í community around the world. We uphold the right of all Bahá’ís to freedom of religion or belief – to practice their religion and associate as members of that community without harassment, discrimination, fear, or persecution.

This pattern of repression and discrimination against Bahá’ís  includes measures to restrict the educational, economic, and cultural lives of Bahá’ís; prevent Bahá’ís from engaging in certain occupations and “high-earning businesses;” confiscate their properties, and expel students from universities who are found to be Bahá’ís. Authorities routinely arrest Bahá’ís, raid their homes, and confiscate their personal belongings without cause. Authorities also arbitrarily detain Bahá’ís on spurious charges where they are denied legal protections, including access to legal representation. Bahá’ís have faced lengthy delays before facing trial or summary judgements where they are imprisoned for their beliefs and face ongoing abuse, including allegations of torture.

We note more generally in countries where family law is based on one’s religion, the fact that the Bahá’í Faith is not recognized means that Bahá’í marriage, divorce, and inheritance rights are likewise not recognized, leaving Bahá’ís with no legal recourse. This exclusion can also deprive them of the possibility to bury their dead with dignity in accordance with Bahá’í practices.

We affirm Article 18 of the Universal Declaration of Human Rights, and Article 18 of the International Covenant on Civil and Political Rights, which recognise the freedom to manifest religion or belief in teaching, practice, worship and observance.

We therefore call upon all states to, where applicable, take action to enable the equal enjoyment of human rights by Bahá’ís, ensuring that: