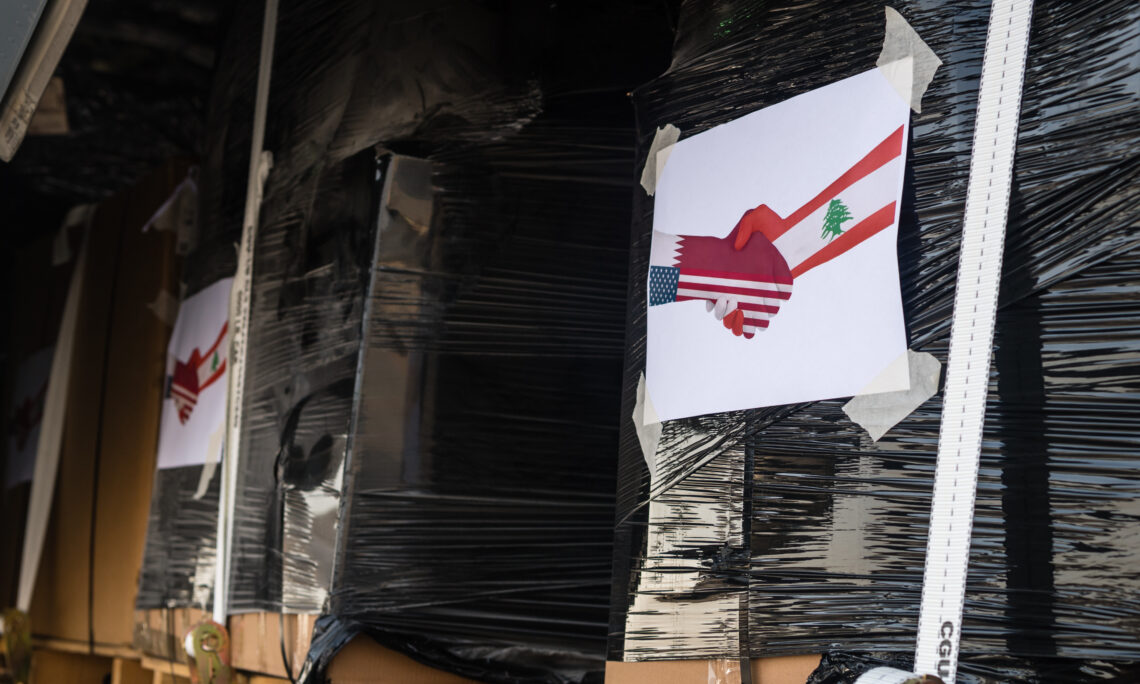 Embassy of the United States of America – Doha, Qatar

C-17 Flights Deliver 75,000 lbs of Private Donations to the People Of Lebanon

“The United States values its strategic military and diplomatic relationship with Qatar,” Ambassador Holtz stated. “This shipment of aid would not have been possible without close cooperation from the United States, Qatar, and our partners in Lebanon. Today’s flight is a true testament to the mutual support and friendship among our countries.”

“This was an incredible effort between U.S. military families and the local community in Doha, the 379th AEW, our U.S. Embassy colleagues, and our valued Qatari partners,” added Col. Frederick “Trey” Coleman, 609th Air and Space Operations Center commander. “The compassion demonstrated by everyone involved is remarkable, and the way the entire community came together to get all of these supplies collected in less than 24 hours, then transported to the Air Base, palletized, and flown to the Lebanese people in their time of need is truly inspiring.”

The donations were received in Beirut by the Qatari Embassy for distribution to the people of Lebanon. In addition to four earlier flights by the QEAF with two field hospitals, a search and rescue team and humanitarian aid, USCENTCOM conducted five other C-17 support missions carrying more than 266 tons of U.S. aid to Lebanon earlier this week.