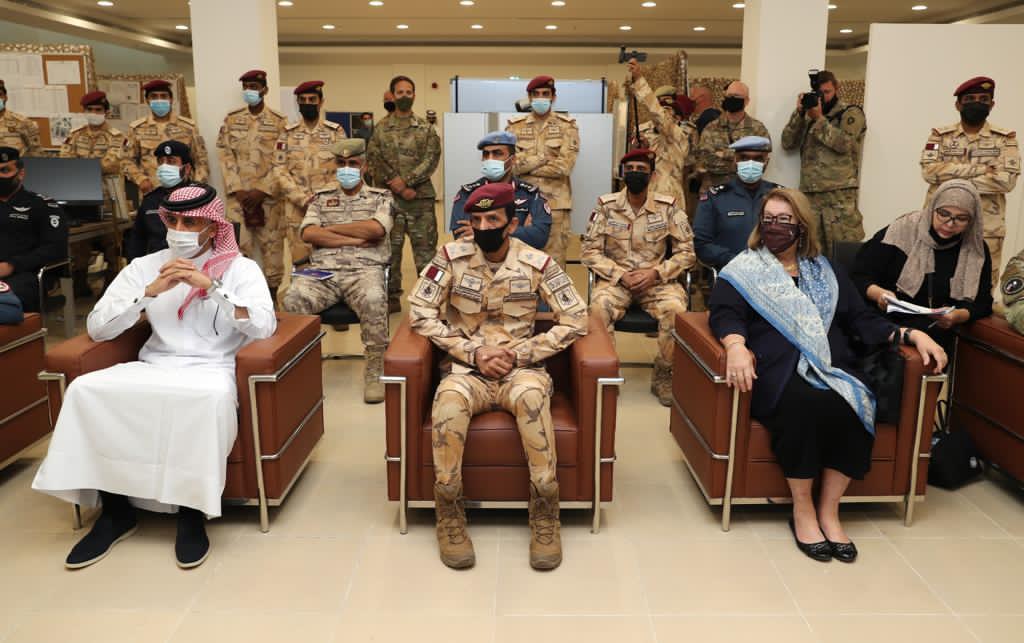 Exercise Invincible Sentry 2021 (IS 21) is an annual U.S. Central Command (USCENTCOM) training event, hosted this year by the Government of Qatar.  IS 21 included close coordination and training with the Qatar’s Ministry of Defense, the U.S. Embassy Doha, and other U.S. Government entities.

IS 21 validated bilateral planning and strengthened staff proficiency and execution in critical mission areas, while promoting interoperability between the nations.  The exercise scenario focused on close coordination and planning in order to respond to a notional transnational terrorism threat.  IS 21 provided a unique opportunity for Qatari and U.S. forces to train together and enhance methods to address common threats to regional security at the operational level, in addition to assisting Qatar in their preparation to host the 2022 FIFA World Cup.

Staff Colonel Mohammad Al-Otaibi, Qatari Commander of Invincible Sentry 2021 stated that “The objective of the exercise was to focus on furthering the abilities of both the Qatari Armed Forces and U.S forces in responding to crises and stress testing the operational capabilities of both forces.  These objectives have been met with great success.  The Qatar Armed Forces remain committed to increasing interoperability and coordination with our U.S strategic partners.”

Exercise Invincible Sentry is an opportunity to improve operational effectiveness when working in unfamiliar environments and enhance interoperability between nations.  Both Qatari and U.S. military forces are responsible for maintaining security, defending their respective national interests, and protecting citizens. Combined military training such as Invincible Sentry is an ideal way to prepare partner forces to operate together when the need arises.

“The United States values its strategic security partnership with Qatar,” said U.S. Charge d’Affaires Ambassador Greta C. Holtz.  “Invincible Sentry is an opportunity for us to train with our Qatari partners to exercise critical crisis response capabilities.  This experience was crucial for both Qatar and the United States as Qatar prepares to host the FIFA World Cup Qatar 2022.”

The United States established diplomatic relations with Qatar in 1972 and has continued to coordinate closely with Qatar on a wide range of regional and global issues.  Qatar is host to USCENTCOM’s forward headquarters facility and a Combined Air Operations Center.  The U.S. military participates in more than 80 exercises with partner nations in the U.S. Central Command area of responsibility each year.  Exercises in the region are designed to strengthen military-to-military relationships, promote regional security, and improve interoperability with partner nations.