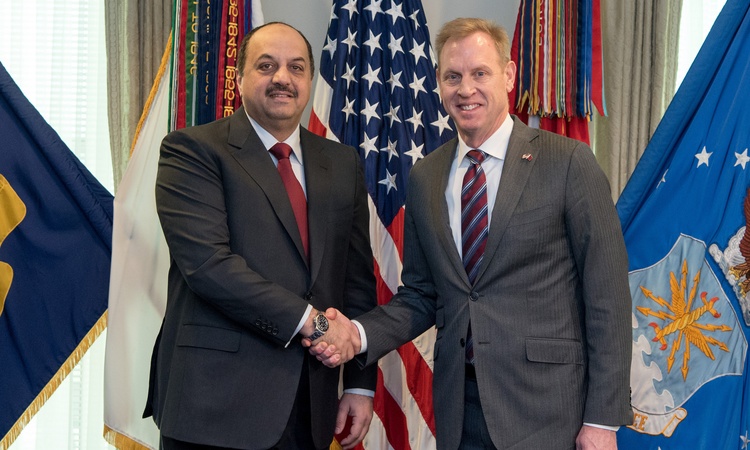 Acting Secretary of Defense Patrick M. Shanahan met with Qatari Deputy Prime Minister and Minister of Defense Dr. Khalid Al Attiyah at the Pentagon on Mar. 12 to reaffirm the strategic security partnership between the U.S. and Qatar.

The leaders discussed a broad range of defense and security issues, including Qatari support to the NATO mission in Afghanistan and improvements to Al Udeid Air Base.

Acting Secretary Shanahan thanked the Qatari delegation for their continued hospitality in hosting U.S. forces and affirmed our commitment to ongoing security cooperation for peace and stability in the region.