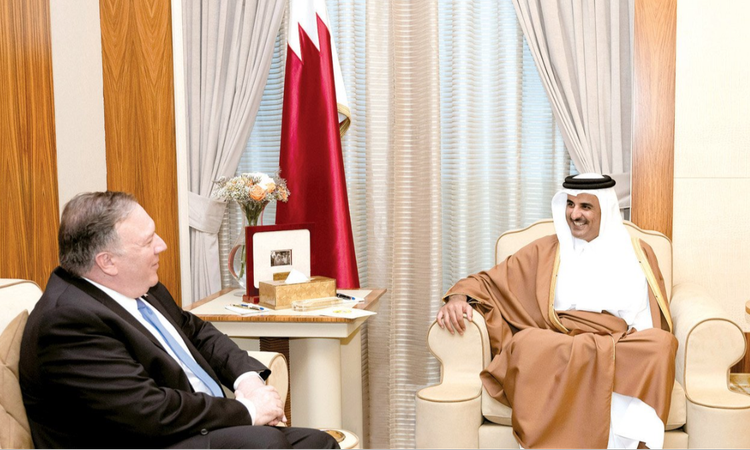 U.S. Department Of State
Office of the Spokesperson
For Immediate Release
Readout
January 13, 2019

The below is attributable to Deputy Spokesperson Robert Palladino:

Secretary Michael R. Pompeo met today with Qatari Amir Sheikh Tamim bin Hamad Al Thani in Doha. The Secretary thanked the Amir for Qatar’s longtime friendship and strategic partnership with the United States.  The Secretary and the Amir discussed progress on several regional issues, including combatting terror, achieving lasting peace in Afghanistan and Syria, and on the Middle East Strategic Alliance.  The Secretary emphasized the importance of a united Gulf Cooperation Council in standing against the Iranian regime’s destabilizing activity and ensuring the success of the alliance in advancing prosperity, security, and stability in the region.  The Secretary thanked the Amir for hosting the second U.S.-Qatar Strategic Dialogue in Doha.  The Secretary and the Amir look forward to implementing the many new areas of U.S.-Qatar cooperation produced by the Strategic Dialogue.