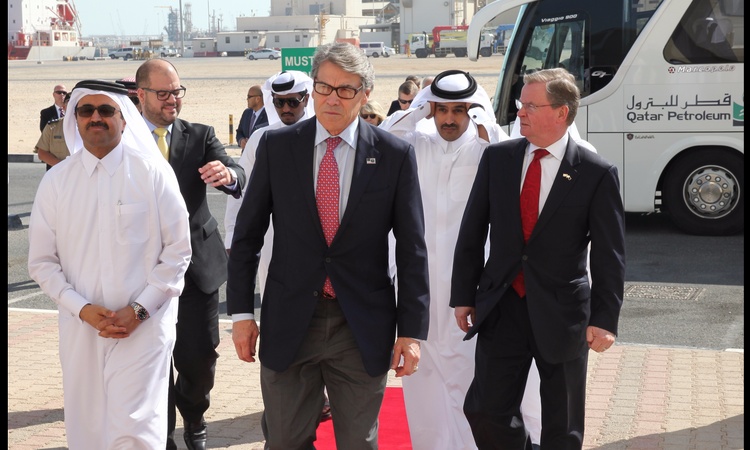 U.S. Secretary of Energy Rick Perry concluded a two-day visit to Qatar on December 8, 2017.  During his visit, Secretary Perry underscored the United States’ ongoing commitment to its strategic partnership with Qatar, and highlighted the importance of bilateral cooperation in maintaining stability and economic security in the region.  The United States is the largest foreign investor in Qatar’s energy sector.

Secretary Perry also visited Ras Laffan Industrial City and Port to observe operations and management at the main site for Qatar’s LNG production and export. During his meetings in Doha, Secretary Perry noted the strong economic relationship between the United States and Qatar in the energy sector, commenting, “U.S. energy companies have been key partners in the development of Qatar’s oil and gas sector since the very beginning.  We have a shared interest in developing LNG’s long-term sustainability and we hope Qatar will intensify partnerships with U.S. companies in the country’s oil and gas expansion plans.”

Secretary Perry also visited the Texas A&M – Qatar (TAMU-Q) campus at Education City, where he met with Dean Cesar Malavé, university administrators, current students and alumni and praised the contributions that TAMU-Q has made in developing the next generation of engineers and leaders in Qatar’s energy sector.

Secretary Perry’s visit to Doha follows recent visits to Qatar by Secretary of State Rex Tillerson, Secretary of the Treasury Steven Mnuchin, and Secretary of Defense James Mattis, highlighting the United States’ commitment to continued engagement with Qatar across many areas of government.