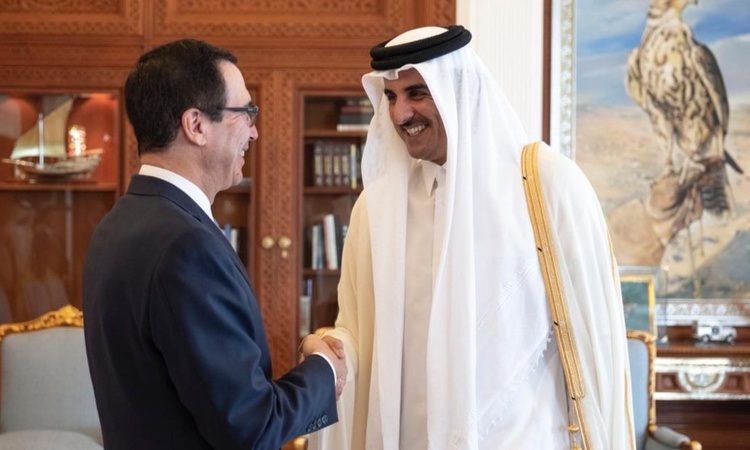 U.S. Secretary of Treasury Steven Mnuchin concluded a two-day visit to Qatar on November 5th, 2019.  During his visit, Secretary Mnuchin underscored the United States’ ongoing commitment to its strategic partnership with Qatar and highlighted the importance of bilateral cooperation in maintaining stability and security in the region. During the visit, Secretary Mnuchin discussed collaborative efforts to counter illicit financing networks and strengthen Qatar’s anti-money laundering and counter-terrorist financing regime. He expressed appreciation for Qatar joining in recent designations under the auspices of the Terrorist Financing Targeting Center. Secretary Mnuchin also discussed strengthening the U.S.-Qatar bilateral economic partnership and promoting economic growth.

Secretary Mnuchin also visited the Al Janoub football stadium under the patronage of the Supreme Committee for Delivery and Legacy to observe operations and management at the main site for Qatar’s upcoming World Cup in 2022. Secretary Mnuchin also visited Georgetown University-Qatar (GUQ) and Qatar Foundation (QF) at Education City, where he met with U.S. university deans and students to discuss the U.S. universities’ contributions in developing the next generation of professionals and leaders across Qatar.