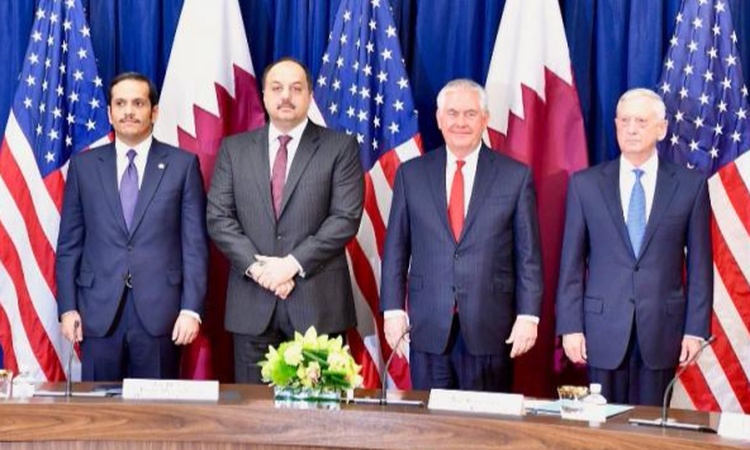 In remarks at the high-level opening session of the dialogue, Secretary Tillerson underscored the importance of the United States’ cooperation with Qatar.

“Qatar is a strong partner and a longtime friend of the United States. We value the U.S.-Qatar relationship and hope the talks today deepen our strategic ties. In today’s Strategic Dialogue sessions, we will discuss important areas of cooperation, including trade and investment, security, counterterrorism, energy, and aviation.”

An Agreement on Civil Aviation: In his remarks, Secretary Tillerson welcomed the understandings the United States and Qatar reached on civil aviation on January 29. The Secretary said, “These exchanges addressed concerns important to U.S. aviation industry stakeholders and strengthened our economic cooperation. The President has made this matter a priority, and the outcome we achieve will ensure a level playing field in the global aviation market.”

Combatting Human Trafficking: Secretary Tillerson also announced that the United States and Qatari governments would sign a memorandum of understanding (MOU) that creates a framework for the United States to provide technical assistance and training to the Qatari Government on combatting human trafficking and examining labor practices in Qatar. Secretary Tillerson said, “Through our continued cooperation, we hope to partner with Qatar to build institutional capacity to eliminate human trafficking, an area in which Qatar has already made significant strides.”

Combatting Terrorism: Citing significant progress Qatar has made to combat terrorism following last year’s Riyadh Summit, the subsequent signing of an MOU to increase information sharing on terrorists and terrorist financiers, as well as counterterrorism technical training and steps taken to improve aviation security, Secretary Tillerson stated, “We look forward to building on this foundation and implementing next steps.”

During the dialogue representatives from the United States and Qatar discussed other critical regional security issues, including the ongoing battle to defeat ISIS, Daesh, the Gulf dispute, the situation in Syria, Iraq, and Afghanistan, and Iran’s role in the region.

At the conclusion of the U.S.-Qatar Strategic Dialogue, the United States and Qatar released a joint statement welcoming enhanced cooperation, particularly on, but not limited to, political cooperation, defense, counterterrorism, and trade and investment. In the joint statement, both the United States and Qatar committed to continuing our dialogue and cooperation on these issues as well as a number of other shared goals.