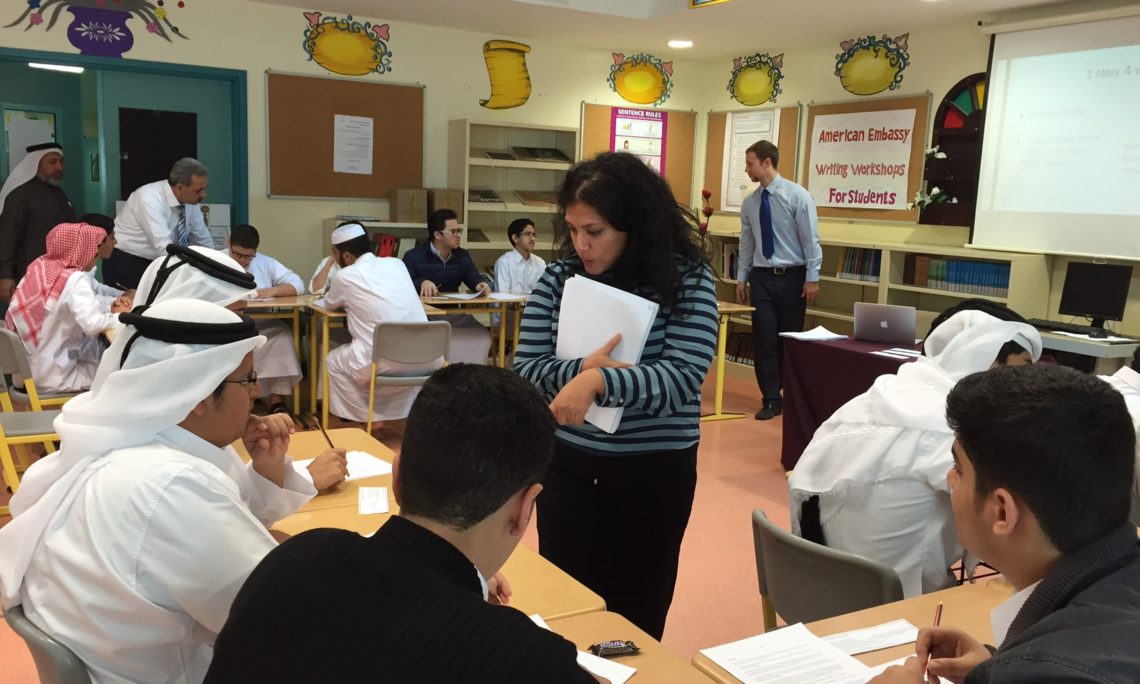 Embassy of the United States of America

DOHA: The U.S. Embassy Doha is proud to launch the Second Volume of the Young Writers Journal.  The journal comprises a collection of student essays, short stories, and poems from the second annual Young Writers Competition for Qatari independent schools, which was held during the 2015/2016 school year.  “It’s wonderful to be able to showcase such amazing student achievement in the publication of the Young Writers Journal,” U.S. Ambassador Dana Shell Smith said of the launch, “I hope the students feel proud to see their work in print.”

The release of the journal was timed to coincide with the start of the new school year and the announcement of this academic year’s Young Writers Competition, which will kick-off with a workshop for teachers on September 29th.

The Young Writers Competition is part of an ongoing partnership between the U.S. Embassy in Qatar and the Ministry of Education and Higher Education of Qatar, with significant support from Virginia Commonwealth University Qatar. The competition encourages students to read, write and think critically about important topics in education, culture and society.  Over 230 students from 122 independent schools participated in the 2015/2016 competition, writing on themes of global citizenship and education.  The top five writing pieces from each participating grade are featured in this year’s journal, alongside art work contributed by students from Virginia Commonwealth University Qatar.

Ambassador Dana Shell Smith, who honored this year’s winners at an awards ceremony at Virginia Commonwealth University Qatar in April, commended all the students who participated in the competition.  “I want to congratulate all the students, teachers, and schools who participated in this past year’s competition. This program is of the utmost importance to our Embassy, and is indicative of our country’s education diplomacy efforts here and around the globe.”

The Second Volume of the Young Writers Journal will be distributed to all of Qatar’s independent schools by the Ministry of Education and Higher Education this week along with the announcement of the 2016/2017 competition and guidelines.

For more information about the Young Writers Competition please contact the Public Affairs Section of the U.S. Embassy Doha, Qatar at: pasdoha@state.gov.